The Centre for Environmental Activities is located at the “Huerto Ramirez”, which was acquired by Huelva Diputación Provincial in 1983. It is a 457 hectares vast expanse which is located at the foot of the road HU- 4402, between Villanueva de los Castillejos town and El Granado town.

The main activity which has been developed has been livestock through the breeding of different breeds of sheep and pigs. This activity entailed an agricultural use of the property as they planted and gathered several crops being intended for animal feed. 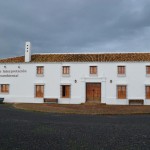 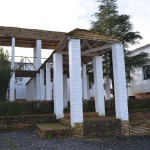 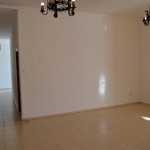 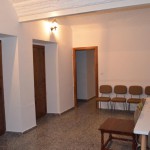 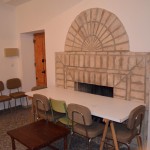 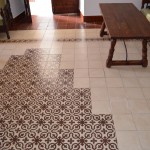 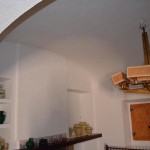 In this aspect, it should also be pointed out that it is not the purpose to offer tourist services but to become a tool for the local administration, managed by every single department for the benefit of targeted-collective groups.

A main surrounding path is designed in the property whose main entrance to the estate, which gives access to HU-4402 road, located 2 km away, leads to the main building. Although this path is already paved, a former section between the entrance and main building itself is very deteriorated.

The main building looks like somewhat a farmhouse, based on a noble building style in the form of U in which is shown a two-tailored wing, leaving a wide terrace in the middle where some galleries used to be extending throughout a free space.

This building has been used for administrative work so far. Although some remodeling works were made several years ago it is being used nowadays as a food area and two rooms located on top, in a shelter-like way, and includes wardrobes and showers.

The main building spreads throughout 708,31 m² built construction. Close to it, and in the form of U, a second building is spotted and used as a storehouse-garage on one side and a cottage on the other.

As mentioned above, both buildings were in an acceptable state of preservation though they lacked in certain improvements required at that time.

The actions to be taken in this project, as mentioned before, have been designed for the rehabilitation and improvements of the main building and its surroundings.

It is about the biggest action being performed in this project.The main building is remodeled deeply. Thus, on the ground floor the existing administrative rooms, which spread to the east and south of he building, are pulled down to make 3 customized rooms to be a must do visit as:

Because of this action, the main remodels have been performed in the south and east wing in which both the three rooms mentioned aboved and the auxiliary facilities, say, a warehouse and public toilets are located.

On the other hand, the west wing remodeling was about pulling down the existing little kitchen facing the food area. For that reason, a new kitchen was made in the same living room, where the rest of existing elements remained the same.

On the eastern wing top floor, a shell change will be made in the entrance area since at present there is a low height and it needs bending down to have access. That is why a shell section to that area will be remodeled, remaining higher than the rest of the shell. A new access body will be built to give access to the top floor located over the terrace.

Finally, it must be said that the existing free galleries have been demolished over the terrace, being fitted with new flowerbeds and new treelike seed crops.

A service area to the closest main building, made up of a set of toilets, is built to relieve people of their needs who often flock together on coaches to visit the property to attend different activities which make damp spaces necessary to be taken into account through this action.

Thus, a set of toilets (for both men, ladies and the disabled) are built in a existing room being used as a warehouse in a auxiliary building.

Likewise, the remodeling of that area includes the building of a staff member office which is equipped with a bathroom.